I think it's safe to say that most people are prey to a primeval fear surrounding the deep of the ocean, obviously manifesting as just one facet of the firmly rooted and built in fear of the unknown. The unexplored dark below the surface of the water, a place the sun never reaches. An inhospitable alien landscape of strange creatures twisted and formed over millennia away from the light.
We feed it with stories of monsters that dwell in the depths and myths of sailors led to their doom, shipwrecked by sirens and mermaids.

Sea Of Sorrows. One such book that stirs and feeds the waters of such fears.
The story takes place off the Canadian Atlantic coast near Newfoundland in 1926 with a sunken WWI U-Boat full of German gold and an american team of salvagers/rough sailors willing to go and get it. However, beneath the water and amongst the wreckage, something else waits. We talked about Issue 1 on our 100th episode that you can listen to here. I’ll make no secret of the fact that we loved it! Mined from the same ore rich vein as Road Of Bones, Sea Of Sorrows is a mighty fine historical horror. I am firmly under the influence of this comic’s irresistible siren song.

We have been lucky enough to get an early look at Issue 3 due to be released 03/02/2021 which I am going to say is a triumph in plot escalation, much to the credit of writer Rich Douek. The vice grip tightens, and you can feel the anxiety. The uneasy atmosphere aboard the SS Vagabond getting increasingly strained by the panel! What lies beneath amongst the U-Boat wreck and the gold within? The salvage mission increases in danger and complexity. I must say I do enjoy feeling uneasy at seeing this absolute pressure cooker of a story get ready to explode.

Like we mentioned when we talked about Issue 1, artist Alex Cormac plays with light and darkness beautifully in the underwater segments. The inky deep punctuated by small amounts of light that give us just enough, but also leave us to the unknown allowing us to wonder, building that fear. The way this is woven in with the hostorical elements of the book is incredible. We get a full experience of the dangers invloved with deep sea diving in this era. You can feel how heavy and cumbersome the equipment is and how precariously life hangs in the balance each time someone dives. The way in which he manages to breathe life into the side glances and heated exchanges aboard the Vagabond is masterful, you can feel really the emotion across the panels. Fear, anger, frustration and madness dripping from each page, alongside Justin Birch helping to dictate pace and intensity with lettering that adds feeling and makes the experience altogether more visceral.

I love the way that this book plays with folklore and intertwines history with horror, much the same as Road Of Bones before it. Taking old legends and folk tales and breathing new life into them. What better medium than comics is there to tell stories like this? Dive in, catch up, buy issue 3 just don't get the bends.

Also check out these gorgeous covers! 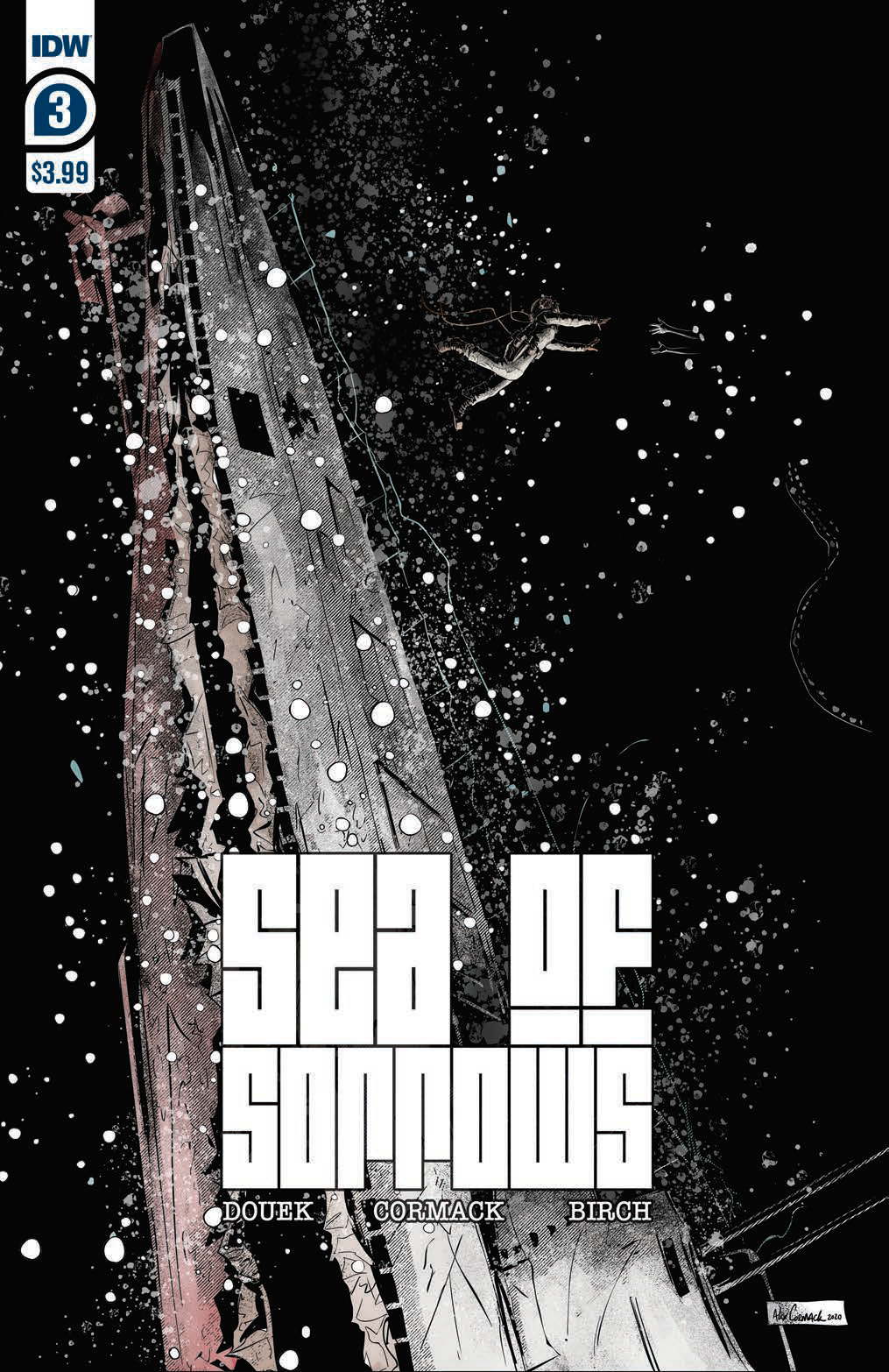 Cover A By Alex Cormac 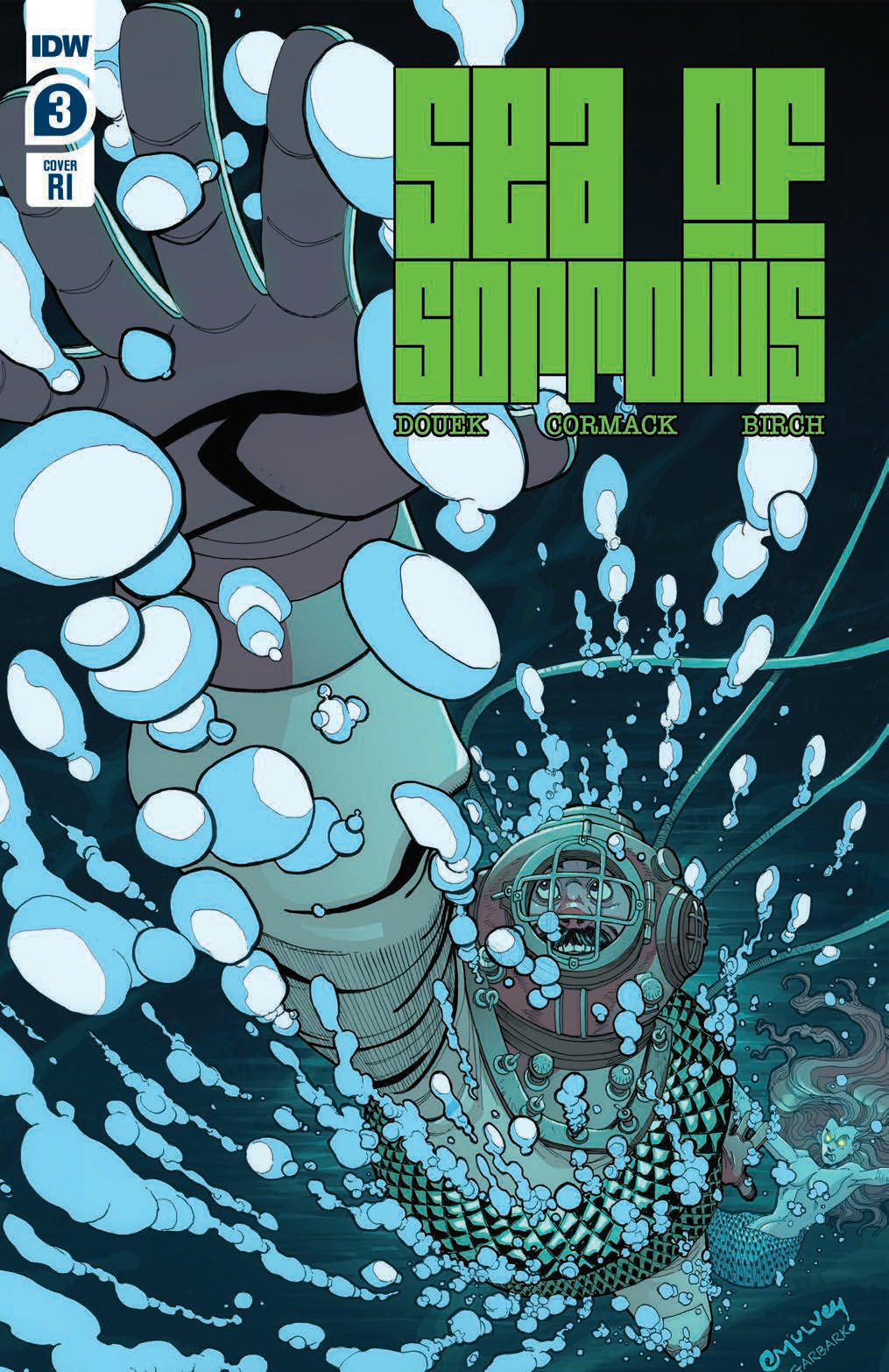