I really do love comic Anthologies. I enjoy being in that hall full of doors. The anthology comic as a concept is the very purest form of escape in my opinion, it's the freedom you get as a reader when you pick one up. Here you are presented with all these options. We can glance into each world or universe behind each door for a short time and be fulfilled before moving onto the next. We don’t have to stay there. We sometimes get to choose which stories we experience and when. There are no rules with an Anthology. If the most enticing chapter is at the back of the comic you can start there! The bones of the thing itself create a liminal space, the hall of doors offering glimpses into different worlds and stories. Snapshots and single chapters. Sometimes we get to visit a story multiple times across the span of the series. Other times the tale is resolved and the door locked behind us upon returning to the hall.

Anthologies represent for me the closest we will ever get to being inside someone else's mind in an observational capacity.

“Meanwhile…” is one such hall of doors, Soaring Penguin Press’ twisting, diverse, wonderful hall of doors! This book has been running in its current form since 2015 but has its foundations in the late 90s. Now, Soaring Penguin Press have launched an indiegogo campaign to publish the first four issues as a collected volume. This really is something cool and I feel like anyone who is a fan of comics will really appreciate the breadth and depth of different styles and stories showcased throughout.

**"Meanwhile…" **boasts contributors and creators from across the world! It's a real cross section and celebration of what comics has to offer as a medium. What “Meanwhile…” does well, it showcases this diversity while also feeling cohesive and together as one. One celebration. One hall of doors into many universes.

What sets “Meanwhile…” apart from other anthologies is just how eclectic it is. How different each piece of this wonderful patchwork project is. Most anthologies have a common theme or message across the tales collected but the theme and message with Meanwhile is its diversity and the expansive possibilities to be explored within the comics medium. That is why it is totally worth your time! so please take a look at the Indiegogo page here and if you like what you see consider backing this project. Come on, pick a door, any door.

The Indiegogo campaign can be found here 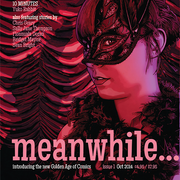 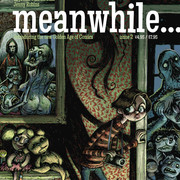 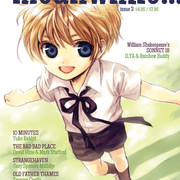 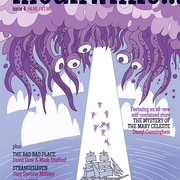 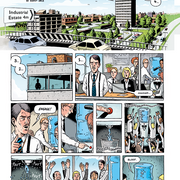 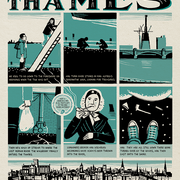 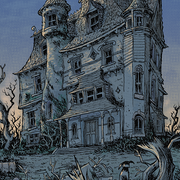 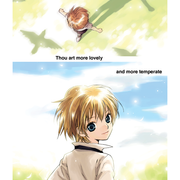